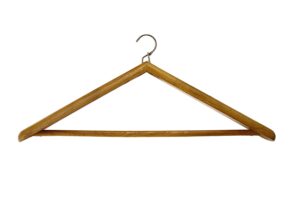 What do you think of your shoulders?  I only ever thought of mine as being ugly and rounded.  I loathed seeing them in a mirror or in photographs, and tried to conceal them from display, not wishing to draw attention to them.

I was asked to push my shoulders back and I tried to do this with the best will in the world. This didn’t help.  In fact it just increased the amount of tension I already had there.  On top of all that, I generally carried around a heavy shoulder bag full of books.  I was aware that my shoulders were not as they should have been, yet until I took Alexander Technique lessons, I did not know that I could help myself by thinking of them widening away from one another.

I now know that the shoulder girdle is only attached to the spine indirectly, at the sternum.  It is a very basic aspect of our anatomical design, but for me during the third term of training, it was a revelation. I was holding onto my shoulders, thereby causing an inordinate amount of tension, when in fact I could just as easily think about releasing them and letting go.  The shoulder pain, which I had had for quite some time, disappeared when I thought my directions.

I continually need to think about asking for more width across my shoulders, to think of my shoulder blades hanging, and of all the weight flowing down through my hips, knees and ankles, those major joints.  Last week I experienced this as I was practicing putting hands-on.  My teacher encouraged me to think of a “Y” shape at the front of my body and an inverted “Y” at the back, and I was struck by just how free and released I felt.

Instead of hunching, narrowing, and generally, pulling down, see if you are able to think of that all-important width, as well as height.

By Stella Weigel I recently attended the Alexander Technique Workshops International in Tuscany, organized by Michael Frederick.  I had not attended since 2007, the summer after I began my lessons,

By Stella Weigel The King’s Speech, based on events from the life of King George VI of England, has taken the world of cinema by storm.  The film shows “Bertie”